Our teaching artists are the HEART of Hollywood HEART. We are so honored to collaborate with individuals who are both amazing teachers, as well as amazing artists, who bring our organization’s mission to life.

Meet some of the amazing Hollywood HEART teaching artists below! 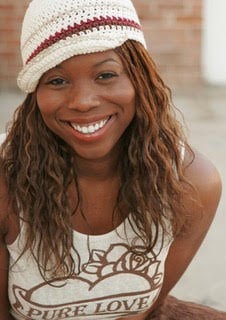 Tawanna Benbow has been with Hollywood Heart for five years as Teaching Artist Co-Leader of the Acting Team!  Tawanna is a doctoral candidate in Mythological Studies with an emphasis in Depth Psychology at Pacifica Graduate Institute, she has a Masters of Arts in Theology (MAT) with an emphasis in Theology & Arts from Fuller Theological Seminary; received her Master of Fine Arts (MFA) in Acting from the University of Missouri-Kansas City; and her Bachelor of Fine Arts (BFA) with a concentration in Acting/Directing from North Carolina A&T State University.  She lived in New York where she pursued her acting career prior to relocating to Los Angeles and has acted in numerous plays and performed at several regional theatre companies.  Tawanna is also a member of the North American Drama Therapy Association.

Storytelling is essential and formative for the existence and survival of cultures- respectively and collectively.  Theatre is a transformational agent with the extraordinary power to heal.  Myth is story.  I am developing a new process/performance style called, mythodrama it is an innovative process for enabling personal growth and cultural formation.  Mythodrama invites and explores the “personal narrative” and a hermeneutical interpretation.

Augusto Boal, Theatre of the Oppressed is hailed for being at the helm of this groundbreaking modality as he integrated theatre and activism and it is his methodology and tenet of social justice that inspires the work.  The philosophy of my work is to use theatre to edify – create space for the Ritual/Theatre/Therapy approach with emphasis for social transformation and restorative justice. 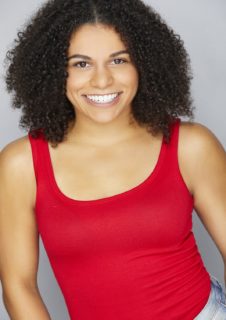 Dorian Cohen has been dancing since the age of 4. She started her training at home, in Chicago, at various studios including the Chicago Dance Academy and Joel Hall Dance Center. Her styles expanded from Ballet, Tap, Jazz, Modern, Musical Theatre, Urban Jazz/Jazz Funk, and Hip Hop.

By age 11, she was performing in a youth company, JHDC 1511, that allowed her to train as a professional and perform throughout the Chicagoland area. This level of professionalism continued, as she became the president of her dance team at The Ohio State University,

After graduating, Dorian moved to Los Angeles to join the Teach for America corps, while pursuing her Master’s Degree. During her time as a sixth grade humanities teacher at ICEF’s Frederick Douglass Academy Middle School, Dorian created and managed after-school dance programs and Zumba classes.

Training in Los Angeles involved in-depth work in styles that have always resonated with Dorian – such as Chicago Footwork, Samba, Salsa, Vogue, New Orleans Bounce, and Waacking. Most of her training took place at the renowned Debbie Reynolds Legacy Studios and Millennium Dance Complex. She also teaches privates and all-styles dance classes for kids and adults in LA.

Dorian can be seen on popular TV Shows such as NBC’s “World of Dance” and Hulu’s “East Los High”. She is also a featured dancer on “Howard High ” streamable via UrbanflixTV. Her music video credits include Dawn Richard, Joey Montana, Luney Tunes, Twista, The Rej3ctz, and many other well-known artists in the music industry. In addition to her television and music video appearances, she has traveled with and danced alongside Nicki Minaj in Africa, for her Unitel show. Dorian also performed in live show events for Migos’ Offset, Aloe Blacc, Prince Jackson & The Michael Jackson Charity and Estate.

Dorian’s passion always remains ignited by the youth and she feels dance is a universal language through which we can all communicate and heal. 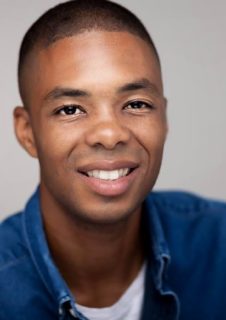 Brandon Rachal is a theatre artist and educator based in South Central LA.  Performance credits include work with: Antaeus Theatre, Texas Shakespeare Festival, and Downtown Rep.  His work as a teaching artist began after a false arrest and since then he has made it his mission to use applied theatre for restorative justice, healing, and creative empowerment. He has facilitated workshops and developed curriculum with the following organizations: The Unusual Suspects Theatre Co, Harold Robinson Foundation (Camp Ubuntu Watts), East LA Classic Theatre and CITYstage LA.  Brandon also serves as the Artistic Associate of Inner City Shakespeare Ensemble.  His research into new curricula is on the subjects of: African Folklore/Performance and Theatre in Education.

My favorite metaphor for a workshop is a playground.  Sometimes you need a recess…or release.

My role as a teaching artist is healer and facilitator of play.

My students’ role is…to have an open mind; to know their voice matters; to nurture the kid inside.

My approach, attitude, or philosophy is…creative spaces are moments of ministry.  Participants should not leave the same.  Discovering the joy and dignity in our work.

The strategy I use to bring all this together is finding the game in moments and honoring the inner child.  Being heart-centered.  Focusing on the well-being of the participant. 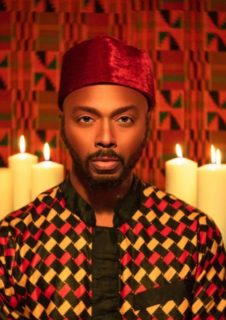 Kevin Robertson is a writer, storyteller, and digital media artist. His multimedia video performance, Death Sentence, received grants from the cities of Glendale and West Hollywood in 2021 and 2020. He was also awarded a grant from West Hollywood to shoot a documentary recording narratives of older gay men to preserve for younger generations. He is the winner of the 2020 George Floyd Honorarium for Poetry from the Los Angeles Press. He won the 2017 Judith A. Markowitz Award for Emerging LGBTQ Writers and the 2016 Lambda Literary Award for LGBT Debut Fiction for his book, A Love Like Blood. His essay titled, The Three Picture I.D. Rule was published in the anthology, “Unheard Voices,” by IAP Press in March 2021.